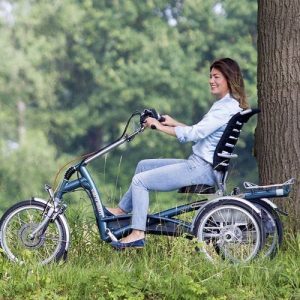 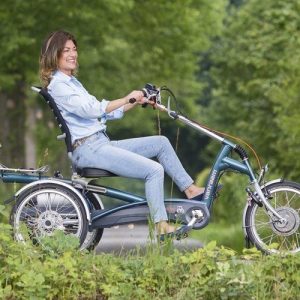 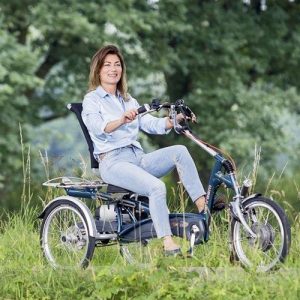 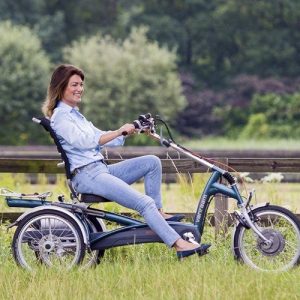 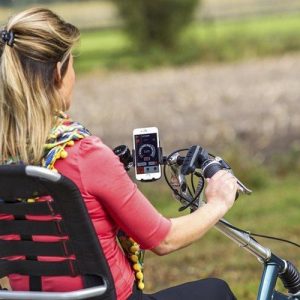 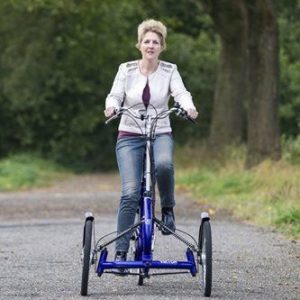 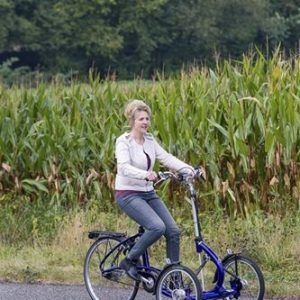 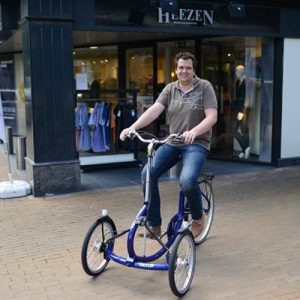 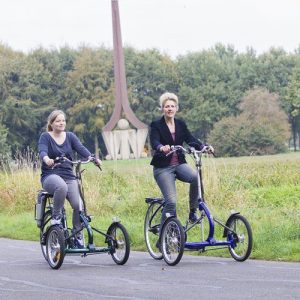 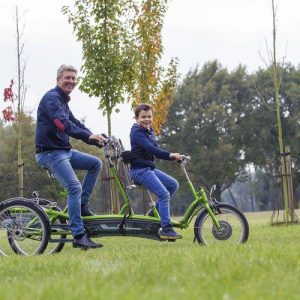 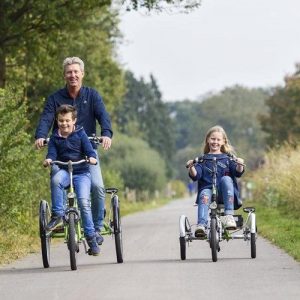 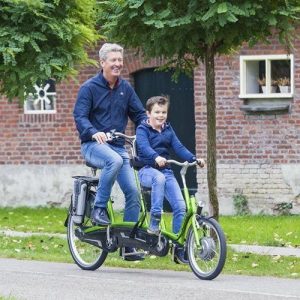 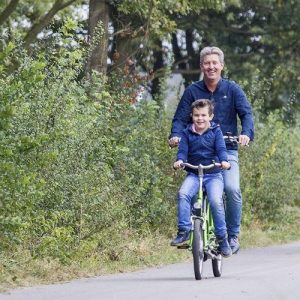 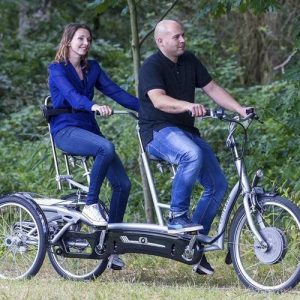 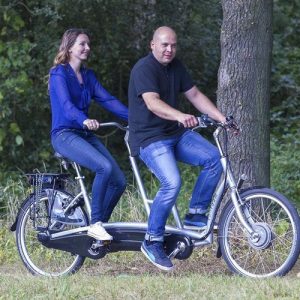 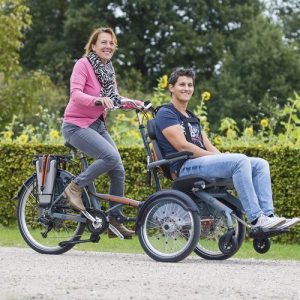 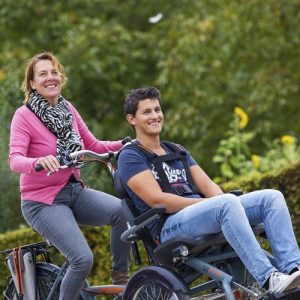 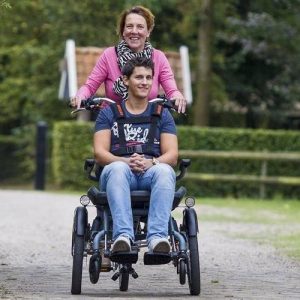 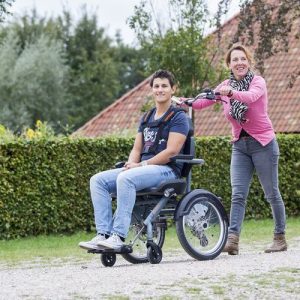 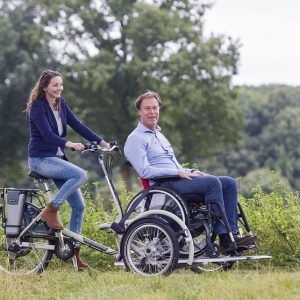 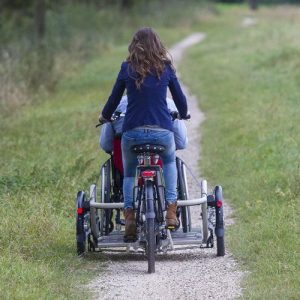 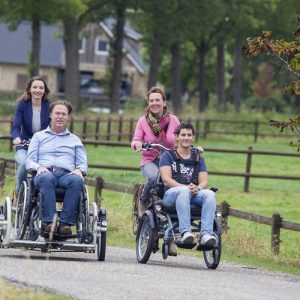 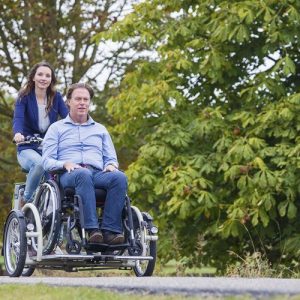 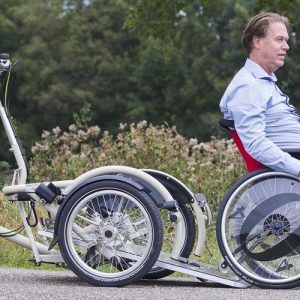 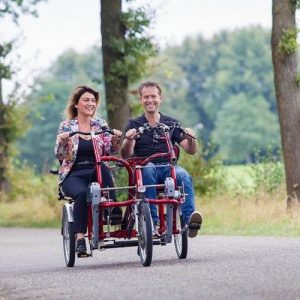 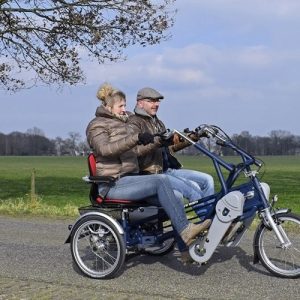 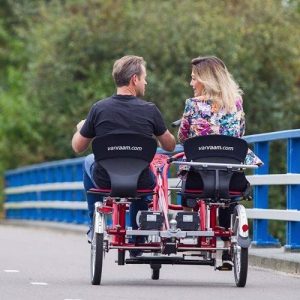 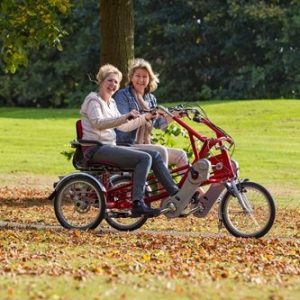 For over a decade, Van Raam produces bicycles, the last 30 years special needs bicycles from Varsseveld, a town in ‘de Achterhoek’. With about 130 employees, van Raam produces Dutch quality bicycles, meant for adults and children with a physical disability or for people who want more stability and secureness while cycling.

Van Raam has a rich history. Back in 1900, the company started off as a blacksmith’s forge located in Amsterdam .In the 70’s the company moved to Aalten, where the company started the production of bicycle frames. In 1984, Piet Boezel took over the company and under his leadership van Raam specialized in producing and designing special needs bicycles and bicycle frames. With a production area of over 13.500 square meters, all bicycles are built according to a modern product line in Varsseveld. A lot of our employees live in the vicinity of Varsseveld and have been working for the company for many years. The former oldest employee of the Netherlands, Henk Kluver, has worked for more than 70 years within the company and retired at the age of 95. The family business is now run by the daughter (Marjolein Boezel), son (Jan Willem Boezel) and son in law (Ronald Ruesink) of Piet Boezel.

We use cookies on our website to give you the most relevant experience by remembering your preferences and repeat visits. By clicking “Accept”, you consent to the use of ALL the cookies.
Cookie settingsOk, då kör vi!
Manage consent

This website uses cookies to improve your experience while you navigate through the website. Out of these, the cookies that are categorized as necessary are stored on your browser as they are essential for the working of basic functionalities of the website. We also use third-party cookies that help us analyze and understand how you use this website. These cookies will be stored in your browser only with your consent. You also have the option to opt-out of these cookies. But opting out of some of these cookies may affect your browsing experience.
Necessary Alltid aktiverad

Performance cookies are used to understand and analyze the key performance indexes of the website which helps in delivering a better user experience for the visitors.

Analytical cookies are used to understand how visitors interact with the website. These cookies help provide information on metrics the number of visitors, bounce rate, traffic source, etc.

Advertisement cookies are used to provide visitors with relevant ads and marketing campaigns. These cookies track visitors across websites and collect information to provide customized ads.

Other uncategorized cookies are those that are being analyzed and have not been classified into a category as yet.